The world of DUI enforcement has always meant big business for the criminal justice system.  For years DUI law has been probably the most rapidly changing area of criminal law.  Changes in alcohol measuring technology, constant lobbying before our legislatures, and a constant media presence have kept DUI law on the forefront of our criminal courts. 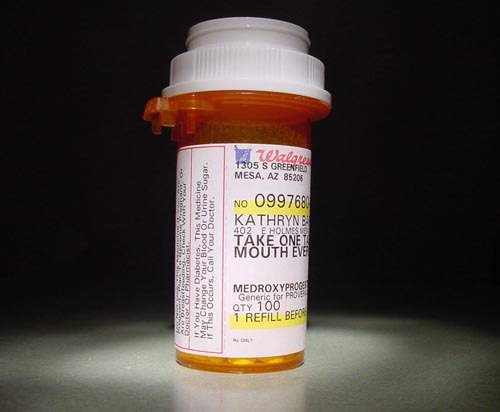 When most people think of DUI, they think of alcohol and alcohol levels.  It is also common to see DUI cases based on illegal drugs.  Here in Arizona, we are seeing an entirely different sort of DUI charge.   DUI prescription drug charges are being prosecuted with much greater frequency.

It is now quite common to see defendants charged with DUI who have no alcohol or illegal drugs in their system.  Most of these defendants believe that walking in to court with their prescription pill bottle will make their case go away.  Not so fast!  Showing a valid prescription for the medication found in your system is only the first step in fighting these charges.  You will also need to show that you were taking the medication as prescribed.

Unless your physician or pharmacist is willing to come to court to testify in your behalf, the prosecutor in your case may object to your own testimony about your prescription.  Believe it or not, many courts will sustain this objection.  An experienced criminal defense attorney is needed to insure that your prescriptions are admissible in court.

Often, the prosecution will use a police officer to testify that your vital functions were impaired by your prescription.  These cops call themselves “drug recognition experts” and profess to be able to identify specific types of drug impairment through a series of physical tests.  The “tests” these cops perform on you are widely subjective and usually completely uncorroborated.  Again, an experienced criminal defense attorney is needed to combat these so called “tests.”

According to a recent study by the United States Center for Disease Control and Prevention, the number of Americans with three or more prescription drugs in their system over a 30 day span has nearly doubled in the the past 20 years. It only stands to reason that our roadways have also seen a dramatic increase in drivers with prescriptions in their systems.

Police and prosecutors are taking prescription drug DUI cases very seriously.  Do not make the mistake of assuming that your valid prescription is your “get out of jail free” card.  Consult with your doctor about your prescriptions.  If charged with a DUI, consult with an experienced criminal defense attorney about your options.

Slade A. Lawson is a career criminal defense attorney. He has worked in the defense of Arizona criminal cases for over 30 years and is certified by the State Bar of Arizona as a Specialist in Criminal Law.

Thank you for contacting us. We will get back to you shortly.

Please complete all required fields below.

The Lawson Law Office is dedicated to providing personal, professional and expert service on Arizona criminal defense cases. When you hire Slade A. Lawson for legal representation, you will receive personalized representation by Mr. Lawson himself, not an associate or paralegal.